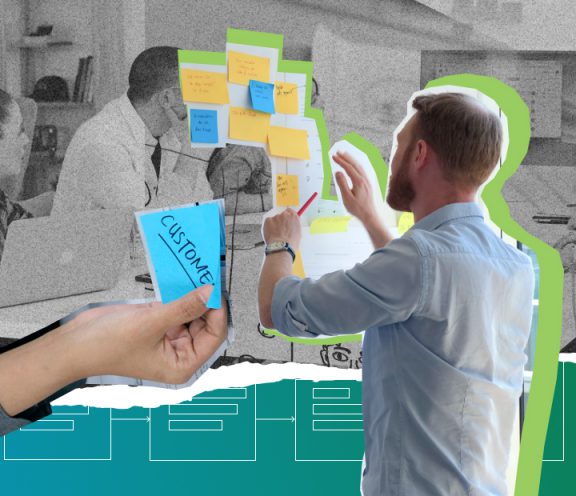 The new design-thinking approach adopted by giants like Google, Apple, and Samsung has become a real game-changer in UX. It puts the user with all their needs, pains, desires, and logic at the center of every UX design stage – from conception to testing. It says that before you can create an attractive, intuitive, and easy-to-understand design, you must understand your target user in the first place.

Still, so many good teams create mediocre experiences and lose millions. Most of the time, it happens not because they don’t know they should think about their end-user but because they simply don’t know how. “Understand your user.” Easier said than done. But how are we to understand what is going on in our user’s head?

Today, we are going to solve this problem by giving you a set of tried and tested UX design techniques that help your team get invaluable insights into your user’s world and, thus, keep your design process user-centered.

We have already mentioned the storyboard in our post about the UX design process. We come back to this user research technique again because it is really a must-try method of exploring your user’s issues in depth. Allegedly, a storyboard was first used by Walt Disney Studio to help their animators visualize the world of a cartoon through a visual story before drawing it.

Ask your team to brainstorm ideas, write them on sticky notes, and post them randomly on a board. The real fun begins when the team tries to categorize the ideas turning them into a linear sequence (story).

The designer’s biggest enemy at the ideation stage is getting stuck in the rut of standard thinking patterns. This can happen when trying to get to your imaginary destination. You keep journeying along the same obvious routes again and again instead of discovering new paths. The technique of provocation helps train a mind to find non-standard ways by encouraging extreme and radical thinking. Unlike the brainstorming technique, you must have already heard a lot about the provocation, which doesn’t limit ideas based on their feasibility. Thus, by adopting an absolutely absurd idea, your brain has nothing to do but think of ways of implementing it and generate new, fresh, and feasible solutions along the way. Learn more about the provocation method here.

The idea is that every team member writes their thoughts on a piece of paper and then passes it on to another member of a team, asking them to read the list and add new items. I would call this technique “The Power of Introverts in a Team That Can’t Stop Talking.” It is because the typical brainstorming session when everyone around is yelling crazy ideas is a disaster for a quiet person who doesn’t like to interrupt anyone.

Brainwriting can be true salvation if you have shy people in your project. Removing the tension of public speaking, you keep creative juices flowing evenly in your team. This technique won’t, however, work if you have got a complex problem that requires discussion.

It’s not one method but rather a principle of different ideation techniques that include a gaming component. The idea is to boost engagement in a team by intentionally gamifying the problem-solving sessions. For example:

Ask the participants to think of the worst possible solution. The person who comes up with the most unbelievably stupid idea wins. The point? Although it’s unlikely that you occasionally stumble upon a genius idea (but who knows?), it helps revive your team’s stagnant innovation process, relieve anxiety, and trigger creativity. Use it every time you see that your team is stuck or sick of problem-solving.

If you want to test your hypotheses or prototypes fast and cheaply at the early ideation stage, guerilla testing is the way to go. Choose a partisan from your team, equip him with lo-fi prototypes or wireframes and send him to a public place. His task is to invite random people to run a quick usability test in exchange for a cup of coffee, for example. This testing technique enables you to effortlessly collect feedback and emotional reactions in like 5-10 minutes per user. The drawbacks are that due to time constraints, you can test something only once, plus this technique won’t work for a niche product, the testing of which requires special skills.

Testing and prototyping with Boxmode

Website builders are great not only for creating websites free of charge but also for testing. Here is a story shared by one of our clients:

“We had an e-Commerce app, and it was pretty good… until we decided to improve usability. We made visual changes step by step, and at the point when we updated the search result page design, the “redesign drop” in numbers happened. Our users complained that the interface wasn’t “clear” and they demanded a return to the old version.

We stuck with the new one. The old version wasn’t an option, and the new one was awful. And worse still, we didn’t know where exactly we messed up due to many design changes. So we started to build hypotheses (which we didn’t do before, to our shame) and looked for ways to visualize and test them. Using commercial prototyping tools was too expensive for us at this stage. We were hardly breaking even.

Then a guy from our team remembered Boxmode, a free website builder with the “Blank Theme” feature. So we created prototypes from scratch using their fully-customizable drag-and-drop widgets. The process was a total breeze, like a kids’ game. We quickly tested all our hypotheses for all device types and found out what our UX problem was. It was in zero whitespaces throughout the result page.”

The image from Steve Krug’s book Don’t Make Me Think perfectly illustrates the difference between UX designer’s expectations and how users see the page in reality:

The eye movement tracking technique enables you to detect the focal points of your interface – what exactly your users are looking at while on your page. It provides you with a fantastic insight into which page elements grab attention and which are missed. It lets you better understand how to prioritize different types of content based on your user’s content consumption habits. Eye movement tracking isn’t cheap to use since special equipment is required, but its benefits for the user research and testing stages are worth the money.

Getting to know your target user better should not only be something you do at the beginning of your design process. It should become the thought your team wakes up with every morning. It’s your company’s bottom line. Using various UX design techniques help you keep your user in the heart of your project, make user-centered design decisions, and create fantastic experiences.